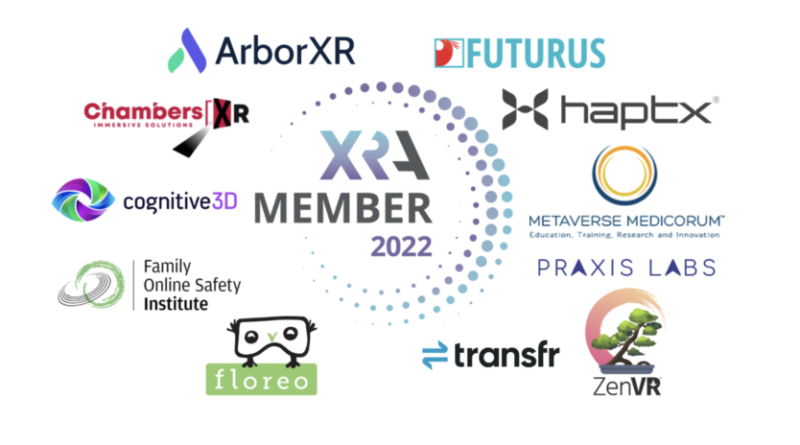 Our eye on the charts, different Web3 approaches to scrutiny of cryptocurrencies, PICO reveals the enterprise version of their newest headset, rumors around HP’s VR projects, and news and numbers from the XR Association.

Ripple (on a consistent down-trend this week) is once again a break-away topic of discussion. Specifically, Ripple has been positioning itself as a “bridge” between the extant cryptocurrency market and potential Central Bank Digital Currencies. While it’s unclear exactly how this would work, it may be a play by the company to play both sides as tokens come under increasing government scrutiny.

Similarly, Linden Labs (the company best known for Second Life) is spinning off Tilia — it’s finance division — with an investment from J.P. Morgan. The “finance engine” isn’t a cryptocurrency, but an innovative package of in-platform payment systems. The implication is virtual worlds utilizing this engine could continue offering in-world currencies without some of the legal fears miring cryptocurrencies.

More Info on the PICO 4 Enterprise

PICO provided more information on the PICO 4 Enterprise during a keynote at AWE Europe. The enterprise version of the headset had been teased during a launch event for the PICO 4 consumer headset earlier this month. The headset is hundreds of dollars less than the Quest Pro, announced last week at Meta Connect and costs hundreds of dollars less — or it would, if it were available in the U.S.

The Quest Pro is meeting criticism with consumers who wanted a consumer headset, with the Quest Pro costing over $1,000 more than the aggressively priced Quest 2 — but is an explicitly exploratory enterprise headset. The PICO 4 line offers similar features to the Quest Pro with a price point in-between the Quest Pro and the Quest 2. Still to be seen from PICO: Any U.S. release dates.

Rumors are circulating online that HP is ending its VR projects. Potential fodder for these rumors: the drastically falling price of their most recent headset, the Reverb G2. The headset is currently selling at half of its launch price, while special sales have previously seen the enterprise-focused PC VR headset selling for the same price as Meta’s stand-alone consumer-facing Quest 2.

There’s nothing from HP to substantiate these rumors. One fact to add to the conspiracy pile: Joanna Popper. Popper had been HP’s Global Head of Virtual Reality for Go-to-Market and Content Partnerships for four-and-a-half years and launched the HP Reverb at AWE 2020. Popper left the company in June, reappearing the following month as the Chief Metaverse Officer for Creative Artists Agency.

The XR Association added more than 10 new members bringing the total membership of the professional organization to over 40. This in advance of the Limitless Future Conference taking place in Atlanta, Georgia early next month.

Also next month from the XRA: National XR Month — an extension of a formal bill on the floor presented by the Reality Caucus, a bipartisan group that often works with the XRA on awareness issues in immersive technology.

January 27, 2023 Jon Jaehnig Comments Off on Martha Stewart in the Metaverse, AltspaceVR out
Crypto Web3

December 17, 2022 Jon Jaehnig Comments Off on FTX Founder Sam Bankman-Fried Arrested on Fraud Charges
Share this ArticleLike this article? Email it to a friend!
Email sent!