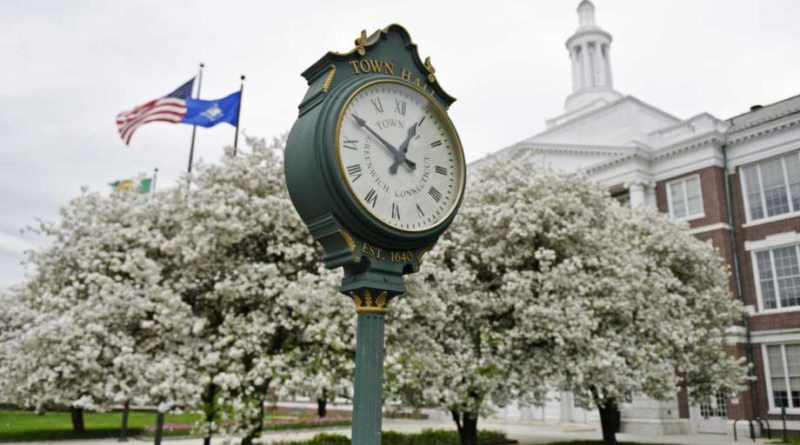 There is a spotlight on Greenwich this week as two widely read national publications have taken an interest in its upcoming local Connecticut election. What compelled Vogue Magazine and The New York Times to cover this quiet suburb’s election process?

On Nov. 1, Vogue posted an article titled “A Conservative Greenwich, Connecticut, Blogger Is Urging the Town to Vote Against Women in the Local Election.” The article detailed the ongoing drama between local realtor/blogger Chris Fountain and female candidates running for the Representative Town Meeting (RTM), the town’s governing body. Fountain advised his readers to vote against any female “petition” candidates (those who are likely new to the RTM). He sees it as a way of weeding out and defeating “a band of far-left women … all suffering from Trump Derangement Syndrome.” The New York Times article titled “Newcomers, Mostly Women, Shake Up Council Race in Quiet Connecticut Town” published Nov. 2 also touched on the Fountain controversy; however, it focused on the shifting demographics of candidates and increased political interest. Newcomers are participating in local government in a town where historically there were more seats available than interested candidates.

How Does Greenwich Government Work?

Greenwich follows a traditional, New England style of government that is unfamiliar to many people who move to the community. The town is led by a First Selectman, an elected, paid, mayor-type executive and chief administrator of municipal departments like the police, parks & recreation, etc. The legislative body of town is the RTM. Split into 12 neighborhood districts, the RTM has 230 seats, all volunteers. It has typically been filled in large part by retirees, many of whom are men.

There are 37,089 registered voters in Greenwich as of April 2017: 26% are registered Democrats, 36% are Republicans and 37% are Unaffiliated (1% are “other”), according to the town voter registration statistics. In the last local election in 2015, Peter Tesei received 74% of the vote for First Selectman; however, there was a total of 9,962 votes recorded for First Selectman. That is only 27% of eligible voters. Turnout is expected to rise this election year. Voters who had been apathetic about local politics in the past are now interested, especially female voters.

Changing Demographics Within the RTM

The influx of younger female RTM candidates is a demographic shift, but why is it a cause of concern? Fountain is worried about the influence of Indivisible Greenwich, a local branch of a movement opposed to the Trump agenda. He writes “the RTM has always been deliberately, by choice, a non-partisan, not bi-partisan — there’s a difference, though the Invisibles (sic) don’t know it … because they won’t reveal who they are, the only way to fight them is by taking advantage of what little we do know about them: they’re all women, and they’re all petition candidates.”

There is little doubt that national politics influenced some residents to get involved in local government. But so-called “Trump Derangement Syndrome” or misogynistic blog comments are not the only factors driving this year’s election. In January, 71-year-old RTM member Chris von Keyserling was arrested for sexual assault. He allegedly pinched a female town employee in the groin, saying: “I love this new world. I no longer have to be politically correct.” von Keyserling kept his District 8 seat. He is now running for a 17th term while awaiting his trial.

During last year’s presidential election, Donald Trump bragged on tape about sexually grabbing women without consequences. FOX News host Bill O’Reilly was forced off the air this spring after it was revealed that he and his network had covered up five sexual harassment cases. Hollywood film executive Harvey Weinstein is only now being exposed for allegedly assaulting or raping dozens of women during the course of his career.

Locally, Chris Fountain’s rants and Chris von Keyserling’s arrest are reminders that Greenwich isn’t immune from this behavior. Degrading women has been an accepted part of American culture for far too long. Men who put their hands on women, uninvited, were “boys being boys.” Women who spoke up about it were “prude” or “couldn’t take a joke.” According to the offenders and the women who desperately wanted their approval, “women’s lib” was the problem, not the behavior. Now in 2017, an influx of women interested in joining the Greenwich RTM is a controversial news story that has made national headlines.

While their motivations have been questioned, RTM candidates are offering to volunteer their time for their community. While they may have different views on national politics, they won’t have an opportunity to voice them while deliberating paving roads and stadium lights for the high school football field. Hopefully this controversy will mark an end to apathy and increase voter turnout on November 7th.

November 25, 2022 Jon Jaehnig Comments Off on Macy’s Parade Metaverse Experience and Varjo Teams up With Unity and Unreal
NFT Web3

October 17, 2022 Jon Jaehnig Comments Off on Highlights From Meta Connect, Spatial Collaborates With Landz and Zepeto Expands
Share this ArticleLike this article? Email it to a friend!
Email sent!