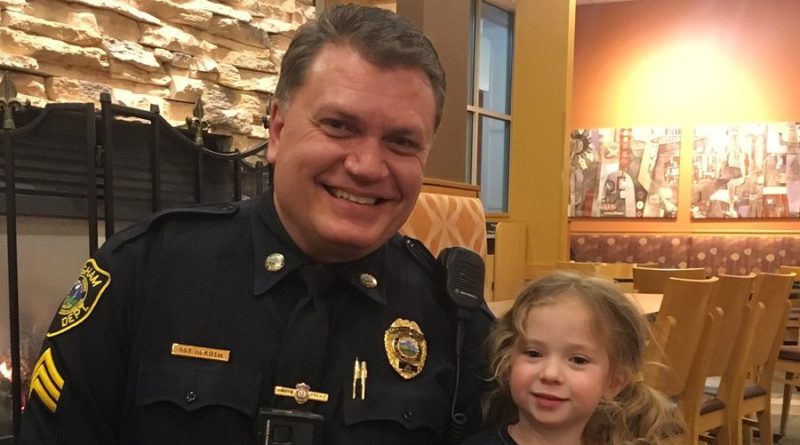 These Selfless Acts Will Restore Your Faith in Humanity

Random acts of kindness are not considered “hard news.” They’re left to fill the tail-end of TV broadcasts (if there’s time), or they’re stuck in the “In Case You Missed It” corner of news websites. But amidst the dark cloud of distrust, negativity and fake news, people seem to be craving feel-good stories. Here are three that have gone viral this week that will restore your faith in humanity:

On Saturday, March 25, a couple went to their local IHOP in Springfield, Ill. The wife suffers from Huntington’s Disease and needs her husband’s help to eat. IHOP employee Joe Thomas recognized the couple as regulars and rather than watch or ignore this routine, he sat down next to the wife and fed her so her husband could enjoy his meal and the couple could enjoy each other’s company. He told CBS News, “I didn’t really offer. I just started doing it. I told the gentleman to sit down, eat your food. I got her.” A nearby patron, touched by Thomas’s act of kindness, captured a photo of the scene and posted it to Facebook. The photo has been shared nearly 5,000 times and has 11,000 likes.

Hingham, Mass., Police Sergeant Steven Dearth was having dinner by himself at Panera Bread recently when 4-year-old Lillian decided to join him so he wouldn’t have to eat alone. She told Boston’s WHDH-TV that she walked over to him and struck up a conversation. “I think that they’re nice. I love police,” said the little girl. Sgt. Dearth posted a photo of the “dinner date” on Twitter and the story has since gone viral.

On Sunday, March 26, 10,000 runners took part in the Philadelphia Love Run Half Marathon. Near the finish line, a local camera crew captured a runner struggling to continue when three other runners, all strangers, stopped their race to help her get to the finish line. They don’t call it the “City of Brotherly Love” for nothing.

October 28, 2022 Jon Jaehnig Comments Off on Blippar Celebrates One Year of WebAR and Apple Publishes Its View on NFTs
Local

Snap Partners With Amazon and Ozzy Osbourne Plays the Metaverse

November 3, 2022 Jon Jaehnig Comments Off on Snap Partners With Amazon and Ozzy Osbourne Plays the Metaverse
Share this ArticleLike this article? Email it to a friend!
Email sent!