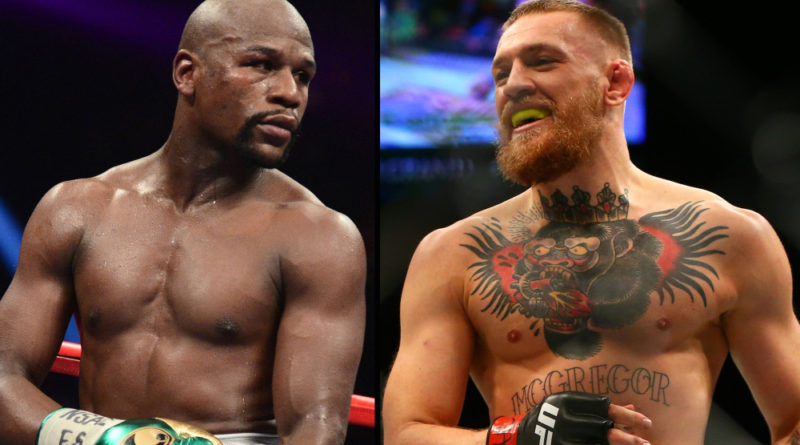 Conor McGregor, “The Notorious” reigning UFC Ligthweight Champion,  may have found his pot of gold at the end of the rainbow as it appears a fight with Floyd Mayweather, one of the greatest boxers of all time, may be in the cards. McGregor has been relentless in promoting the event with Mayweather joining him recently to build hype around what is being branded as a superfight.

Boxing has drawn big crowds in America dating back to 1889 when John Sullivan won a bare-knuckle bout that lasted 75 rounds and catapulted him to celebrity. Boxing’s rise in popularity led New York to legalize the sport 11 years later and, soon after, other states followed.

The sweet science of pugilism gave rise to a savory science of promotion, culminating with Muhammad Ali, “The Greatest of All Time.” From the “Thrilla in Manila” to “Float like a butterfly, sting like a bee,” Ali’s eloquence captivated the press and captured unprecedented audiences for his events where the outcome often lived up to the hype. Although Ali made it look easy, promoting a fight is a talent not all fighters possess, giving rise to professional promoters such as Don King who said “I don’t promote boxing, I promote people. Boxing is a catalyst to bring people together.” Bringing people together was a lucrative enterprise for King, who retired with a fortune estimated at $150 million.

Conor McGregor, whose mouth may be as fast as his punishing left hand, has risen to gigantic popularity by claiming two UFC belts from two different weight classes and bringing theatrics to the octagon reminiscent of professional wrestling. McGregor headlined UFC 205 that shattered Madison Square Garden’s box office in 2016 with $17.7 million in total gate with another $50 million in Pay-Per-View (PPV) revenue. While it was a lot of cheese as McGregor might say, Mayweather’s fight with Manny Pacquiao at the MGM Grand in Las Vegas in 2015 drew $72 million in total gate with another $400 million in PPV revenue. While McGregor has not been shy about wanting a larger stake in the UFC, the clever businessman may have found a more lucrative prospect in this super fight.

With his sights locked on the prize, McGregor has put forth a massive public relations effort to build the case for this fight including a recent rant to members of the media on St. Patrick’s Day when he said, “I’m the boxing guy; watch me take over boxing. Trust me on that.”

In addition, news that McGregor will play a small part in the upcoming season of “Game of Thrones” will reach beyond his traditional fan base to an audience of more than eight million who follow the popular show and were thrilled when he sparred with Gregor Clegane, aka “The Mountain,” on YouTube in 2015.

A superfight between the UFC champion and the former five division world champion is attractive on many levels with its crossover appeal and Floyd Mayweather coming out of retirement at the age of 40 to pursue his 50th win. With a lot at stake, promoting the event will endeavor to move beyond fight fans to a broader, global audience that could drive revenue close to $1 billion. McGregor and Mayweather know the axiom all-too-familiar to marketers, advertisers and brands: the bigger the audience, the bigger the payday.

September 18, 2022 David Dowling Comments Off on Five Takeaways From ‘What Will the Metaverse Look Like in 2040?’
Crypto Web3

XR Association Adds New Members and Ripple in The Fed

Will Internet Service Providers Control What You See After Net Neutrality?

November 22, 2017 Jackie Dowling Comments Off on Will Internet Service Providers Control What You See After Net Neutrality?
Share this ArticleLike this article? Email it to a friend!
Email sent!