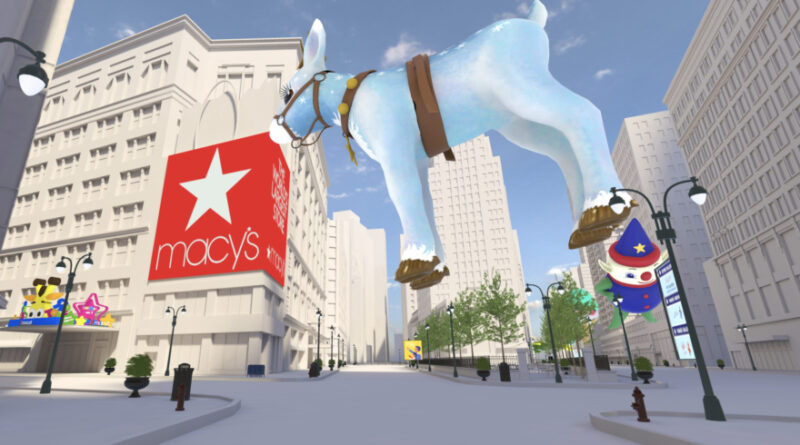 Our eye on crypto prices, a look at how institutional investors and crypto natives approach market instability, an innovative company working on “life subtitled,” major software integrations for XR headset maker Varjo, and XR experiences from Hot Wheels, Activision Blizzard and Disney and Macy’s Parade Metaverse experience round out this Thanksgiving week in Web3.

Major coins started the week more-or-less flatlined. They then experienced a dip in the middle of the week, only to recover those losses later on. The end result: Many charts ended green, but prices are more or less where they were this time last week. Right now, no news is good news.

We were already in a “crypto winter.” Just as things were looking up, the FTX crash that we’ve been following in this report for the past few weeks set the whole ecosystem into a tailspin. So, a week without major losses? Sure, there weren’t major gains either, but it’s still something to be thankful for. Right?

That doesn’t mean that the last month in crypto is entirely behind us. While the financial ramifications were devastating, the longer shadow may be cast by regulatory pressures. This week, the most recent policy maker to call for tighter crypto legislation was President Biden himself. Biden has certainly been the most vocal president when it comes to crypto, calling for innovation as well as regulation.

In that vein, the institutional investor JP Morgan has trademarked its crypto wallet. Meanwhile, crypto natives are taking a different position, ramping up calls for self-custody — the alternative to having crypto on exchanges, a dynamic that also appeared in last week’s article.

An Eye for Your Ears

XRAI Glass, a company promising “life subtitled,” this week launched a software integration with hardware partner Nreal on their Air AR glasses. The solution, together with a free Android app, offers real-time subtitles on real life viewed in a heads-up display that doesn’t take away from the wearer’s view of the real world.

In addition to the $380 price tag on Nreal Air, AR support for subtitling from XRAI starts at $20/month, which has garnered groans from potential users. Further, while Nreal offers iOS support (with an additional adapter at an additional price) XRAI doesn’t (yet) have an app. Let’s call this one progress for right now. Some people can and will pay up, but more availability (and affordability) would be great.

Varjo announced Unity and Unreal support for Reality Cloud, the company’s remote collaboration and VR content streaming platform. While most readers may associate Unity and Unreal with games, these graphics engines are also used to create assets and environments for enterprise use cases, which is still Varjo’s bread and butter. Almost all of their headsets price in at thousands of dollars and require enterprise software subscriptions.

That said, Varjo has been edging into the consumer market with its first lighter-weight and lower-price headsets. Of course, even these are marketed at “prosumers” and are well above the price limit of your average gamer. Though, with Reality Cloud coming to non-Varjo hardware, it’s tempting to daydream about what could be made possible through integrations like this.

Marketing in the Metaverse

As we head toward the holiday shopping season, this is one of the busiest seasons of the year for marketers. It also brings out the most innovation. And, we’re seeing that now including:

December 31, 2022 Jon Jaehnig Comments Off on The Year in Review
AR Crypto Web3

December 2, 2022 David Dowling Comments Off on Imint and Superhexa Team up on Next Gen AR Glasses
Share this ArticleLike this article? Email it to a friend!
Email sent!