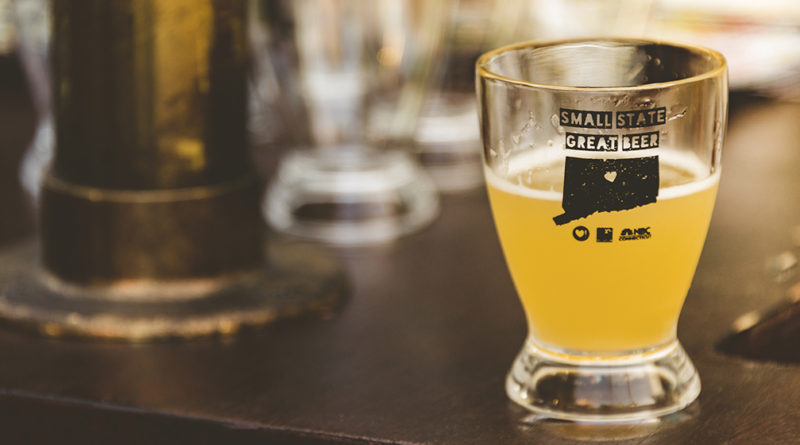 Connecticut, “America’s Country Club,” is a beautiful, rich state home to revolutionaries, hard-working laborers and business leaders who have developed a taste for Connecticut’s craft beer.

In the 19th and 20th centuries, Connecticut was nicknamed the “Arsenal of Democracy.” It was home to Colt’s Manufacturing Company and the Winchester Repeating Arms Company, providing pistols, revolvers and rifles to the military. Pratt & Whitney and Sikorsky supplied military engines and helicopters. Connecticut was a leading manufacturer of timepieces. The American Clock and Watch Museum is even located in Bristol, CT. Hartford is nicknamed the “Insurance Capital of the World.” Aetna, CIGNA and Travelers were all headquartered in or near the capital city. In the financial services industry, many of the world’s titans of business called Greenwich, CT home, including members of the Rockefeller, Lauder and Kennedy families. Today, Fairfield County has one of the largest clusters of hedge funds in the world. In fact, Connecticut is second only to New York City in assets managed by hedge funds. London is third.

However, despite this rich history, Connecticut’s economy is in trouble. The state has seen a decline in population over the last three years. In a state that relies heavily on the income taxes of the rich, the population loss is concerning. Billionaires Thomas Peterffy and C. Dean Metropoulos both left the state for Florida earlier this year. GE and Aetna, two of the oldest and established corporations in the state, announced they are leaving their Connecticut headquarters. Their executive teams are heading to Massachusetts and New York, respectively. Aetna cited difficulty attracting top talent to Hartford as one reason for the departure. In May, S&P and Fitch, two leading credit agencies, downgraded the state’s credit rating.

A Bright Spot in Connecticut’s Economy

Amidst all of this negative news, where is the bright spot for Connecticut’s economy? Look no further than your pint glass.

Over the last several years, Connecticut has seen a boom in the craft beer industry. According to the Brewers Association, there are now 53 craft breweries in Connecticut (89 total breweries), a sizable number for the third-smallest state in the country. And to its credit, the state legislature is trying to expand opportunity in the beer industry. In 2012, the state finally began allowing breweries to sell beer on the premises, opening the door for taprooms. Furthermore, in 2017, the state again expanded laws to let farmers get into the business. The act establishing a manufacturer permit for farm breweries allows for “the manufacture, storage, bottling, and wholesale distribution and sale of beer manufactured at any place or premises located on a farm.”

As of 2014, more than 4,600 people were employed by local breweries, and the industry had a $569 million positive economic impact on the state.

The craft beer craze has been growing steadily for years, but Connecticut was slow to get in the game. Now that it has, there is an effort to raise awareness. CPTV, Connecticut’s public broadcasting TV station, airs “On Tap” every Tuesday night featuring the story behind a local brewery.

For a more personal experience, visit a Connecticut brewery this summer! Local breweries are great destinations for live music, pub food and neighborhood events, especially in the summertime. Be sure to check out a brewery’s website before you visit. While most have taprooms, some only have weekend hours, and some are only for visitors 21 and over. A few to check out include:

Always Judge a Rosé by Its Label

July 31, 2018 Jackie Dowling Comments Off on Always Judge a Rosé by Its Label
Local

How Many Times Can Dove Make the Same Mistake?

October 16, 2017 Jackie Dowling Comments Off on How Many Times Can Dove Make the Same Mistake?
Share this ArticleLike this article? Email it to a friend!
Email sent!