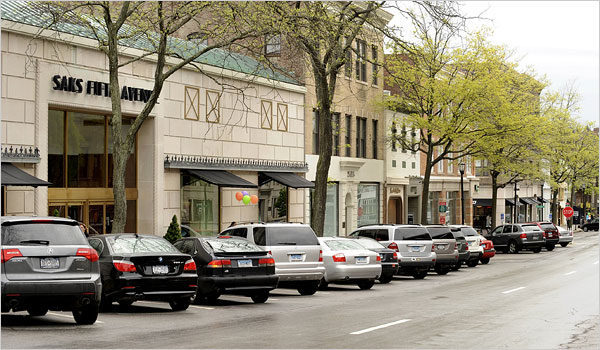 When you hear the words “Greenwich, Connecticut” what comes to mind? Old Money? Sleepy Suburbia? A proposed new marketing and branding campaign may be the way to change that perception.

The town’s Economic Advisory Committee, created by First Selectman Peter Tesei, has recently proposed a branding campaign that will highlight the positive attributes of the town in an effort to attract new businesses and residents while improving the public image of Greenwich.

“People have an old view of the town,” said Tesei during his weekly radio program on WGCH-AM this morning. “Blue bloods, a bastion of conservatism … that may have been true at one time,” he continued, but it’s no longer the case.

Prompted by the town’s flat growth and  negative comments about the Greenwich real estate market made by Starwood Capital Group CEO Barry Sternlicht, local leaders felt that a coordinated effort was needed to combat negative press about the town. Real estate agent Sabine H. Schoenberg, founder of PrimeSitesCT and Sabine’s New House, is part of the committee spearheading the branding effort and spoke to Greenwich Melts about the plan.

“We have great schools, the town party, the Long Island Sound, an international film festival … why aren’t people coming here? We need to begin the process of presenting the many positive benefits here in town,” said Schoenberg.

For this branding campaign to succeed it has to have an authentic voice from residents, local employees, business owners and municipal leaders who all have input in its creation.

“This is a very holistic approach … We want to bring everyone together in this effort because it benefits everyone. We’d like to say people should live, work and play in Greenwich,” said Schoenberg.

So will Greenwich be the next municipal branding success story since “What Happens in Vegas Stays in Vegas?” Only time will tell, but the wait may not be long. The Greenwich Board of Estimate and Taxation is meeting in late March to determine if funding will be granted for the project. The estimated cost is $100,000, of which 70 percent would come from private contributions. If the funding is approved, work on the branding campaign could begin as early as July.

Will Brands Be Safe in the Metaverse?

September 7, 2022 David Dowling Comments Off on Will Brands Be Safe in the Metaverse?
Metaverse NFT

January 1, 2019 Jackie Dowling Comments Off on Top Five Marketing Stories of 2018
Share this ArticleLike this article? Email it to a friend!
Email sent!